What are the GCSE maths grade boundaries?

As you probably know, there were recently some big changes made to GCSEs, with the grading system being overhauled and tougher exams being introduced. This affects all GCSE grading, including Maths.

So what is the difference? The government grading system changed from A* to G to a numerical system that runs from 9 to 1, allowing for more differentiation of students at the top end of the scale. A 9 is a higher grade than an A* was, while 7 is roughly equal to the previous A grade.

The following gives an idea of how the two compare: 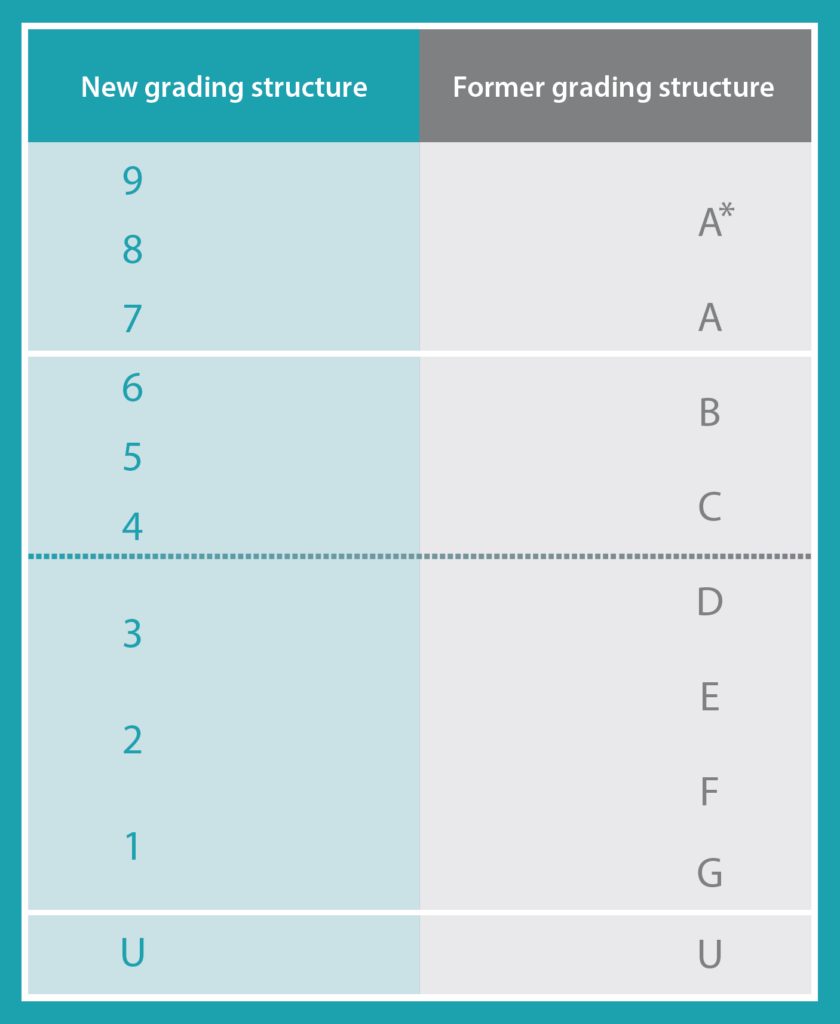 In order to study further at school or college, a Grade 4 and above is required in exams such as English and Maths.

These changes were carried out in an attempt to bring England’s performance closer to those of the best performing international education jurisdictions, though there has been some controversy as to whether or not this is being achieved.

Another aim was also to enable sixth forms, universities and employers to have a better grasp of what level students are working at.

However, there has been some indication that the majority of teachers think that the changes to how GCSEs are assessed have increased student anxiety and stress.

What is a grade boundary?

The GCSE grade boundaries are now only being released to students on results day, whereas previously they were published in advance. This was due to concerns that students may have been more stressed as a result of trying to predict their exam results based on the grade boundaries.

Where can I find GCSE maths grade boundaries for this year?

All GCSE grade boundaries, including those for Maths, are published separately by the relevant exam boards and are published on their respective websites on results day. Links to each are as follows: